Pinterest moves into paid search: What you need to know 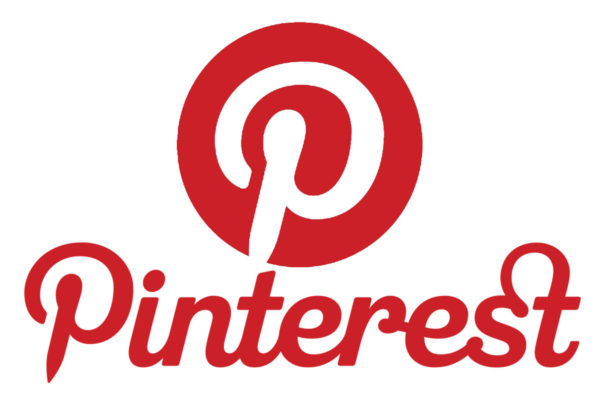 Pinterest has announced its long-awaited move into the self-serve paid search space, after a period of trial campaigns with select partners. With innovative visual search technology and an ambition to corner the ‘discovery’ phase of search, this could prove an enticing complement to AdWords for many brands.

So, how does Pinterest PPC work, how does it differ from other paid search options, and how can advertisers get started?

Pinterest Ads Manager is now open to all businesses who have opened an account and uploaded at least one Pin. In what is a fiercely competitive space, Pinterest is hoping that its offering can both provide something new and still deliver on the core performance metrics marketers have come to expect from Google AdWords.

This announcement comes at the end of a lengthy campaign to get the product right, with early partners including eBay, Target, and bid management platform Kenshoo. The newly released self-serve paid search platform provides the same experience these early partners have enjoyed, without the need to go through Pinterest or a third party to get started. The Ads Manager allows brands to create and optimize their promoted Pins and will also track and report on campaign performance.

Pinterest has been clear in its desire to monetize the discovery phase of search, when a user does not yet have a defined product in mind but is open to suggestions. The uniquely visual nature of this social network makes it ripe for this approach, but it brings with a host of accompanying challenges.

As a result, Pinterest has invested heavily in image recognition and object detection technologies, culminating in the launch of the impressive Pinterest Lens visual search tool.

Feedback on their advertising offering has been positive so far, but this will be put to a much more rigorous test now that advertisers can launch and optimize their own campaigns through the Ads Manager.

Although some will be keen to trial Pinterest paid search in the hope of gaining the early adopter’s advantage, others may require some convincing before they view this social network as a genuine platform for selling their products. Nonetheless, Facebook faced the same resistance and ultimately, the numbers will do the talking.

For now, Pinterest is understandably touting some statistics to try and get advertisers excited. We covered many of these benefits in our visual guide to Pinterest advertising, but some of the key points are:

In an era of ad blockers and decreasing consumer trust in brands, Pinterest aims to offer a native feel to its promoted Pins. Through highly targeted ads that fit both aesthetically and conceptually alongside organic posts, brands can potentially attract much higher engagement rates. In fact, the official announcement of self-serve Pinterest ads promises more sophisticated targeting than the competition, both in terms of its keyword options and the granularity of its audience data.

Moreover, it is not a significant enough departure from AdWords to require a completely new set of skills to get the most out of Pinterest PPC campaigns. That may entice some advertisers to trial the platform, which will give Pinterest the opportunity to prove its worth.

Some ideas borrowed from AdWords

The tech giants are not shy about borrowing each other’s ideas, and it would be fair to say that Google’s own image search interface has become more Pinterest-esque this year.

It is therefore not surprising that Pinterest’s move into PPC advertising involves some familiar concepts from AdWords. Google has mastered the art and science of delivering a great search experience and making a lot of money from the data, so AdWords is an obvious reference point for a new entry to the PPC market.

For example, the keyword targeting options are broad match, phrase match, and exact match. Advertisers can define their list of negative keywords that they do not want to be shown against, and can download a search query report to see how they have performed on a keyword level. This approach has served Google very well, so perhaps we should not expect a smaller player to waste resources by trying to improve on it.

It is also possible to move a keyword-based account structure from other PPC platforms directly into Pinterest Ads Manager, although the social network does not advise this due to the different nature of user search behavior on the platform.

The new features announced last week include an autotargeting option, which will automatically place ads for relevant keywords, even if they are not within the brand’s keyword target list. Imagine AdWords’ Dynamic Search Ads on Pinterest and you’ve pretty much got the gist of it. Autotargeting is driven by the Taste Graph, which contains over 100 billion Pins and employs machine learning technologies to identify patterns and trends, which in turn help improve the accuracy of search results.

Pinterest will be hoping its proprietary features and the unique nature of its database will suffice to differentiate it from Google’s advertising behemoth.

Pinterest is in an enviable position, in some senses. The paid search market is mature enough now to provide plentiful data on consumers and the competition. By hiring two senior engineers from the Google image search team, as Pinterest did last year, they have also been able to tap into some of the most extensive knowledge the industry has to offer.

In addition, Pinterest can approach the market with a challenger mindset. Google and Facebook can almost be viewed as victims of their own success, with advertisers craving new options for their digital budgets.

Simply mimicking these two giants would reap little reward, so Pinterest is sticking to its inherent USPs. As a social network, it functions rather differently to Facebook and, as a search engine, it is distinct from Google. The combination of a new slant on the saturated social network space and the technology to capitalize on such a vast quantity of search data could be a winning one.

Conversely, Pinterest is late to the party, and the onus will be on them to prove that the platform can deliver a positive return on ad spend. Creating a self-serve product with similarities to AdWords may ease the transition for new users, but it also sets their expectations at a high level. AdWords, after all, remains unsurpassed as a means of generating online revenue.

Pinterest ads require a blend of creativity and analytical nous, which will demand collaboration between paid search and social media teams to make the most of the opportunity. People use this platform differently; advertisers need to tailor both their creative assets and their targeting strategies to reflect this.

There is a fine line to be trod here, of course, and there are few guarantees of success.

However, if Pinterest can deliver on the twin promises of creating a new, sophisticated form of PPC advertising and delivering great results against essential metrics like cost-per-acquisition, it could allow advertisers to capitalize on a previously untapped stage of the search purchase journey.

It will be fascinating to see the early results now that the self-serve platform is open to all marketers.

Clark Boyd is a freelance digital marketing consultant and a contributor to Search Engine Watch.

As Q4 approaches, it’s crucial that you plan to capitalize on all the traffic that comes with it. To continue to scale, you need to effectively get in front of audiences that aren’t yet interested – but could be! – in your service/product. That’s where demand generation comes in.

Google AdWords offers three major keyword match types: broad match, phrase match, and exact match. It’s safe to say that if not you don’t know how to use each correctly, you could be wasting your PPC budget. So what are the differences between each type, and how should you use them?

If you are coming to this article as a novice, I know what you are thinking. Not another damned 3 letter acronym! Don’t we have enough?

Remarketing is always one of the most powerful tools in an ecommerce marketer’s belt, but it takes on added importance in Q4. With the holidays fast approaching, you can do a good amount of prep now to put yourself in a great position to capitalize on the holiday rush. Here are 5 remarketing strategies that can help do just that.

Pinterest moves into paid search: What you need to know

Source: Pinterest moves into paid search: What you need to know