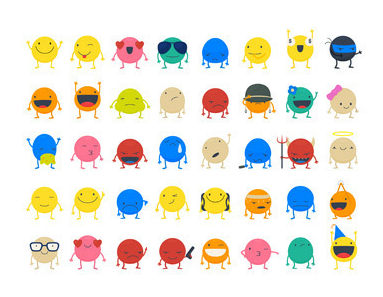 Emoji have been spotted in the wild in Google AdWords ads titles, giving rise to speculation that this option may be rolled out globally for all advertisers soon.

We have seen this before, although prior instances of emoji in AdWords seemed to be caused by a loophole that allowed certain character combinations to pass through Google checks. As such, any gains to be made from using emoji were very short-term.

However, there is cause to believe that this time round, they could be here to stay. The prime instance of emoji showing up recently in AdWords was last week, when the following ad title was spotted on Google.de for the query “autohaus mainz”:

Only a small number of ad titles including emoji have been observed so far, so this may just be a small test and could even be another loophole set to be closed soon by Google – although the latter seems unlikely.

It seems more probable that this is an indication of an upcoming change that could have significant implications for many industries.

We wrote a couple of weeks ago about Google’s decision to allow emoji in organic search listings again, hinting at a noteworthy change in stance on the use of this universal, visual language. It is expected that there will be restrictions on their appearance for organic search queries and only truly relevant searches will return these characters in their results.

We tried this out with our article and, in line with what we have seen elsewhere, emoji are present within the title tag in search results:

Viewed in light of what we have seen over the last few years, with the ever growing presence of paid listings in search results to the cost of their organic counterparts, it is difficult to conceive that this new functionality will extend only as far as SEO. It seems only a matter of time before this applies equally to paid search, if it has a positive effect on CTR.

What impact could this have?

The aspect that will enthuse or discourage advertisers will, of course, be the impact on campaign performance. In theory, apt usage of emoji could increase CTR and, ultimately, Quality Score too, so this could be seen as very welcome news.

Should this be rolled out even to a small percentage of queries, it could provide a new avenue for attention-grabbing creative in an area that has lacked for invention when compared to, for example, Facebook.

Moreover, bearing in mind the new, less conspicuous ‘Ad’ label, launched with the rationale that Google wants to “streamline” the number of colours in search results, it would be contradictory to launch emoji across a large swathe of results so soon.

Although, a cynic may counter, perhaps that rationale is a rather convenient aegis under which to increase paid search CTR and, in turn, Google revenues. In that sense, the launch of emoji in ad titles would be entirely in keeping with Google’s business strategy. How can advertisers use emoji in their AdWords titles?

Assuming that this will be rolled out beyond small, ring-fenced tests, advertisers will be able to copy and paste emoji into the ad text creation field within AdWords.

As such, this would only be a small change compared to launching any other campaign, and the more telling aspect of the upgrade will be within the targeting options deployed and the analysis of campaign performance. How far could this trend go?

Google announced last year the ability to perform searches using emoji, we have seen their appearance within a small pool of shopping results within the last year, and there is even an option to view query-level performance for emoji in Search Console.

In the case of the latter, this capability of course depends on consumers having used emoji initially, so its applicability to search marketers so far is limited. Nonetheless, it is a direct reflection of Google’s aim to increase search query volume through new means in the face of a rapidly maturing competitive landscape. Additionally, going back to our article on emoji in organic results, we did find some difficulties with social sharing buttons, which were clearly unable to process the characters as intended. So it is safe to surmise that the widespread adoption of emoji across all digital platforms is not solely dependent on Google’s position.

That said, with their AI-powered Assistant set to roll out on all Android phones, emoji usage will likely increase on Google devices, as will the search giant’s ownership of the data. That sequence of events would no doubt strong-arm other tech platforms into upgrading their capabilities to keep up.

What does this mean today?

It would be prudent to wait for further confirmation that Google is allowing emoji in AdWords before experimenting with this; until that point, we can still assume that this is in violation of Google’s guidelines.

However, with the confirmed release of emoji in SEO listings, it seems entirely plausible that paid search will follow suit sometime soon. In the interim, it would be worth considering how best to make use of this across industries if and when the anticipated announcement does arrive.

Clark Boyd is VP Strategy at Croud, a global digital performance agency, and a contributor to Search Engine Watch.

To improve the traffic to your hotel website, leading to more revenue for your business, every hotel must ensure that they are properly set up to be visible on search engine results pages (SERPs).

Google has revealed that emoji will once again show up in search results snippets, reversing a decision taken in 2015 to remove the characters from its results. 👌

In part one a few weeks ago, we discussed what brand TLDs (top level domains) are, which brands have applied for them, and why they might be important. Today, we’ll take an in-depth look at the potential benefits for brands, and explore the challenges brand TLDs could help solve.

In 2016, Google rolled Panda into its core algorithm. What this means for webmasters is that a website can be hit by … read more
————-