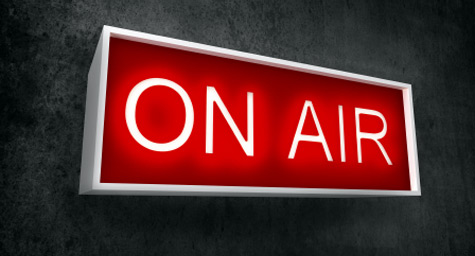 Radio – a thing of the past, right? Not anymore. Between internet radio, the uprise of podcasts and mobile apps, radio is alive and better than ever. Which means as marketers, we should be thinking about how to leverage this channel.

I’ve spoken with three small tech companies in the past two months that have had a ton of success with radio ads. These aren’t even B2C companies – they’re selling software platforms! So why are companies investing in radio ads, and what are the secrets to seeing success with them?

“So many of radio’s traditional sponsors have moved their ad dollars online that prices for radio commercials have fallen,” writes Randall Stross of NYTimes. “The economics of radio advertising sometimes make it useful in reaching small but important groups of prospective customers.” Think inexpensive but highly targeted marketing – that’s a win.

Radio hosts (and many podcast hosts) have a dedicated listener base. There is a familiarity and trust between the host and their audience. So when a host endorses a solution, it automatically carries more weight than if a listener were to scroll through an internet display ad.

Like previously mentioned, radio’s traditional sponsors have moved their ad dollars online, and newer companies aren’t thinking of radio as a viable advertising platform. This results in low competition, which means higher exposure and cheaper costs for you.

You could record a radio ad right now, on your phone. All you need is a high-quality audio device and a 3-8 sentence-long script. This also opens the door to inexpensive A/B testing, where you could try different scripts and see which messaging resonates most effectively with audiences.

AdWeek defines micro-influencers as social accounts with 30,000 or fewer followers. Given these are referring to social accounts, there are plenty of popular radio shows and podcasts that have 30,000 followers on, say, Twitter or Instagram.

Micro-influencers are often more involved with their audiences than celebrity accounts and are also more reachable from a marketer’s perspective. Building an ongoing, healthy relationship with some of these podcast or radio micro-influencers can be tremendously beneficial to your brand for the long-haul.

“Most local businesses cannot afford the necessary three-times-plus frequency that effective advertising demands – except on the radio. Radio is the reach and frequency medium you can afford,” writes RadioAdvertisingFacts.com. It’s a great point – we still use annoyingly repetitive outreach tactics in sales and other, more expensive, areas of marketing (think cold calling and targeted display ads) – and we do it because it works. So why not do it for half the price with radio ads?

When it comes to local radio ads, we aren’t reliant on a high-speed internet connection or a 4G network to make sure we reach our audience. Even if the radio host isn’t at work that day, they’ll still be running your scripted ad recording.

Smartphones pretty much allow us to access other types of ads at any time of the day, but there’s one that radio can always beat them on: when you’re driving. Radio is the only channel of advertising that’s possible while driving simply because it’s the only one that doesn’t require your eyesight. Radio is more mobile than any other advertising channel.

So what are you waiting for? Jump on radio advertising now while it’s still cheap and easily accessible!

Hilary Bird combines her interests in tech and marketing with her fascination of interpersonal communication by studying how tech is continually reshaping the way we communicate. She is a digital journalist with over three years of experience in the startup marketing world. You can follow her on Twitter at @Hilbonix.