Biometrics and neuroscience: The future of digital analytics? 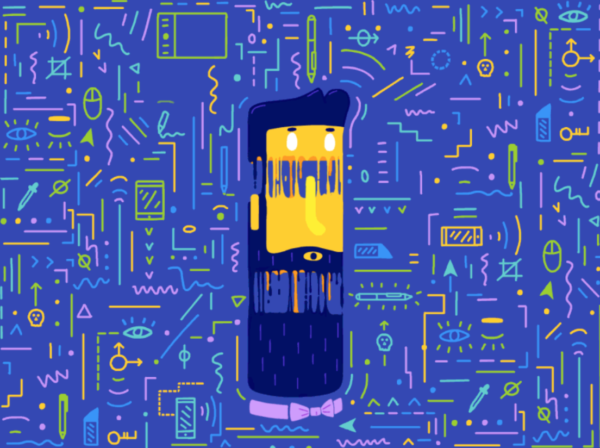 Advertising has always been about emotions. Emotions lead to actions and, as such, influencing emotions is the most effective route to influencing actions.

Actions, in turn, become habits, and these habits are the driving force that creates global brands. Marketers have never hesitated to exploit this relationship – in fact you could even argue that it’s the job of a marketer to do so.

But we aren’t capable of influencing everything that drives human behavior. In his classic 1895 work on human psychology, The Crowd: A Study of the Popular Mind, Gustave Le Bon wrote:

“The greater part of our daily actions are the result of hidden motives which escape our observation.”

This holds true today, and it unsettles us as digital marketers. The utopian message that underpins our industry is that everything is measurable, with Google AdWords the gold standard bearer in this regard. Le Bon’s statement is a truism that haunts Facebook, which offers a new form of engagement between consumers and brands, but has been plagued by measurement scandals of late.

Google’s great success has always been in that accurate measurement of actions, and the easily calculable positive ROI that CMOs crave.

Facebook brings that paradox inherent in the quotes from Le Bon and Bernays back to the fore in our industry, as it simply isn’t sufficient to measure actions alone on Facebook.

Google is not immune to these criticisms, either. We have seen this in quite sensationalist terms recently, with Google’s YouTube and Display Network coming under fire for a lack of control on their placements.

This is all the more shocking because we feel let down when the realization hits home that, within current technological restraints, perfect targeting and measurement aren’t quite within our grasp.

Why have we strayed from campaigns designed to shape emotion?

In digital marketing – particularly in search – the truth is that we have never really aimed to shape emotions in our audiences. We understand that emotion is an important driver, but it lends itself more readily to what some dismiss as ‘fluffy metrics’. Therefore, this lies outside the realm of the cold, hard numbers that we take to represent the ineluctable truth of campaign success or failure.

This makes sense, placed in context. As a direct response mechanism, search comes into play once the work to shape emotions has already been done. To be successful, we need to make optimal use of those efforts (TV campaigns, for example), or make up for branding shortfalls, to maximize sales.

That role is slowly changing, and in fact it must do so, if the same companies who managed Google PPC campaigns are now planning to engage in Facebook, Pinterest or Snapchat advertising.

Although all are driven by the auction-based bidding systems that PPC specialists have come to master, the core aspect that will determine the fate of each campaign is an element we have focused on much less in the past: creative assets.

To date, we have come to understand what behavior is, but we still don’t understand why consumers take the actions that they do.

The challenge of measuring emotion online

Leaving aside the ongoing battle between Facebook and Google over data ownership, notably the difficulties in sharing data across their reporting platforms, the fact of the matter is that we will never be comparing apples to apples when we assess these two rivals.

Put simply, the most successful Facebook campaigns manage to shape emotions through great creative, and drive actions through intelligent targeting. However, even with that in mind, until it cracks measurement Facebook will not be able to overtake Google as the digital advertiser’s go-to platform. Reliable tracking and measurement are non-negotiable aspects of a digital campaign, no matter how great the possibilities may be for using more aspirational creative messaging.

Applying a rational framework to an irrational interaction will inevitably and invariably come up short, but it’s the best we have. Measuring the subconscious is an undeniably complex task, but it is of pressing significance as brand spend slowly permeates its way into digital channels.

Just 5% of content attracts 90% of total digital engagement, so clearly we’re getting this wrong so far. In fact, 95% of all content out there is getting single-digit views.

That level of inefficiency is unsustainable, so we simply need to get better at understanding our audience.

Whoever manages to resolve this paradox could gain access to significant branding budgets, so it should be no surprise that the usual suspects are investing heavily in this area.

How are the tech giants approaching this?

The approaches taken by Google, Apple and Facebook fall broadly into two camps: biometrics and neuroscience.

Progress has been swifter in the former camp, but we should not surmise from these advancements that biometrics alone will provide the answers we seek.

Biometrics techniques measure physical characteristics (pupil dilation and facial expressions, for example), while neuroscience is the study of brain functions and patterns of brain activity. Both tasks are Herculean, but the big tech companies are more likely to make notable gains with biometrics in the short-term.

Google is planning to incorporate biometrics techniques into its search algorithms, which will also be driven by reinforcement learning.

SEO by the Sea reported on a very interesting patent last year, which contains this image: This is a crudely-drawn example and perhaps reflects how long Google still have to go in this field, but it is still both a mixture of exciting and disconcerting. Google has termed this metric ‘satisfaction value’, and the measurement of facial expressions will no doubt be viewed in some quarters as overly intrusive.

Google’s Jeff Dean made the following comments to Fortune magazine, which shed some further light on what is going on here:

“It is like in a board game where you can react to how your opponent plays. Eventually after a whole sequence of these actions you get some sort of reward signal.

An example of a messier reinforcement learning problem is perhaps trying to use it in what search results should I show.

There’s a much broader set of search results I can show in response to different queries, and the reward signal is a little noisy.

Like if a user looks at a search result and likes it or doesn’t like it, that’s not that obvious.”

It’s not that obvious, but it could be discernible if Google had access to more data and more sophisticated technology in this field.

The patent also reveals that Google aims to make use of other biometric parameters, including eye twitching, facial flushing, heart rate, body temperature, and blink rate.

As with all such moves, we can expect this to happen incrementally, to the extent that consumers may not even notice these features slowly make their way into their daily lives.

Biometric measurement is just phase one, of course. Facial expressions are limited and open to interpretation, so Google and its rivals will be looking for a further level of confirmation before using this as conclusive evidence. Neuroscience may ultimately provide the answers to the eternal questions of what really drives people to take actions, but this field understandably will take longer to arrive at those conclusions.

Google is certainly not alone in investing heavily in this area. Just last year, Apple acquired Emotient, a tech company that uses artificial intelligence to infer emotions from facial expressions.

The stage has been set and, given Apple and Google’s respective shares of the smartphone market, once the technology has been mastered, its mainstream adoption will occur quickly – maybe even surreptitiously.

From emotion to action, from action to habit

It is worth considering the vast array of data sources already at our disposal, along with the hardware and software that seek to unite this into one unified view. The average consumer is in possession of products built by exactly the same companies that seek to harness their personal information for commercial gain.

If tracking and measurement catch up with these developments, there may come a time in the not-too-distant future when reporting dashboards and planning documents pay heed to metrics that go far beyond estimated CTR and CPM, to assess the anticipated emotional reaction their creative assets will attract.

That is an alluring prospect and is one that allow our industry to develop significantly, with the possibilities for click fraud reduced and the rewards for useful content increased.

For now, it would be fair to surmise that digital marketers do not refuse to acknowledge the role of emotion in driving actions; it is rather the case that we have made a rod for our own back by insisting on the measurability of everything we do. Until emotion becomes measurable as a contributor towards improved performance, this area may remain an untapped source of creative inspiration.

However, with the collective might of Google, Facebook and Apple, fed by the hastening effect fierce competition has on progress, we may soon enter a fascinating and illuminating era for digital marketing.

The culmination of this process could ultimately see us deliver on the goal of measuring the motives which have, thus far, escaped our observation.

Clark Boyd is VP Strategy at Croud, a global digital performance agency, and a contributor to Search Engine Watch.

As Google’s index goes mobile-first, consumers get to grips with voice search, and technology advances to avail of image identification in our predominantly visual culture, new opportunities are opening up for the competition.

This week, Google’s emoji conquest of the SERP is advancing on AdWords titles, Snapchat influencers may be fleeing the platform for greener pastures, and an unconfirmed ranking update dubbed “Fred” has been shaking up the SERP.

We all know that our favorite search engines track and collect a lot of data about us in order to personalize the results – and the ads – that they serve us. But that kind of tracking might not always be welcome.

On February 28, 2017, ClickZ Intelligence presented the webinar ‘Still using .com? Here’s why 50% of all Fortune 500 companies are about to use .brand’ in association with Neustar.

Biometrics and neuroscience: The future of digital analytics?

Source: Biometrics and neuroscience: The future of digital analytics?